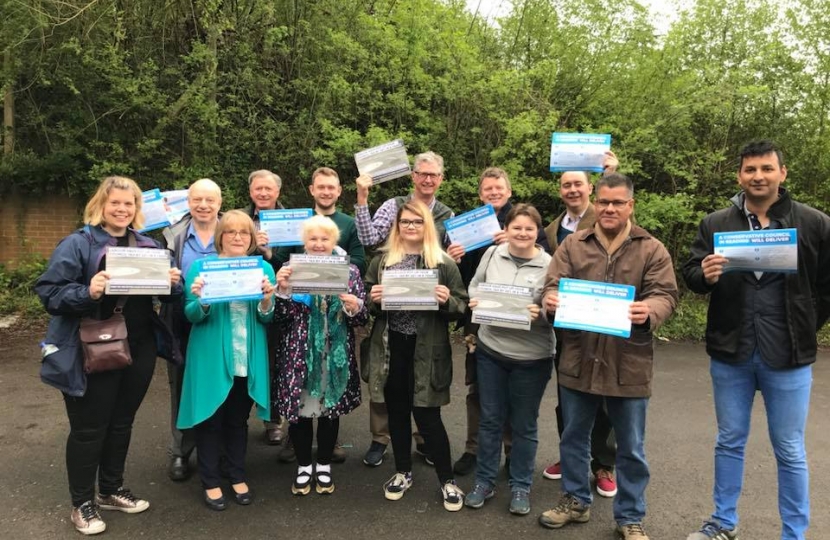 Reading's Conservatives were celebrating on 4 May, as they increased their number of Councillors by two in the local elections.

The count, which unfolded at Rivermead Leisure Complex in Richfield Avenue, Reading, Berkshire saw a number of Conservative Council Candidates in Reading West take seats from both Labour and the Liberal Democrats after a hard fought campaign.

Helen Manghnani, our Conservative Council Candidate for Tilehurst took the first seat in this election, de-seating the long standing leader of the Liberal Democrats, Ricky Duveen with 1,092 votes to his 905. This means that the Conservatives now have two seats in Tilehurst with Helen joining Cllr Sandra Vickers.

Raj Singh and Emma Warman both came out on top in Kentwood, taking the seat from Deputy Mayor, Glenn Dennis whilst holding onto Cllr Tom Steele's seat after his decision to step down a year early due to family and health reasons. A hugely popular local resident, Tom had served as a Kentwood Councillor for seven years - from 2007 to 2011 and then again from 2015 to 2018. Local Conservatives have wished Tom all the best in his retirement and Raj and Emma pledge to carry on his excellent work.

Emma Webster, Chairman of the Reading West Conservatives said: "We are all delighted with the results from the recent local elections. Not only did we make gains in Kentwood and Tilehurst be we significantly decreased Labour's majority in areas like Minster and Norcot, which highlights the failings of the Labour run Reading Borough Council. I would like to thank all of the Conservatives in Reading and Berkshire that came to help in our campaign and to all of the residents who have put their trust in our exceptional candidates."