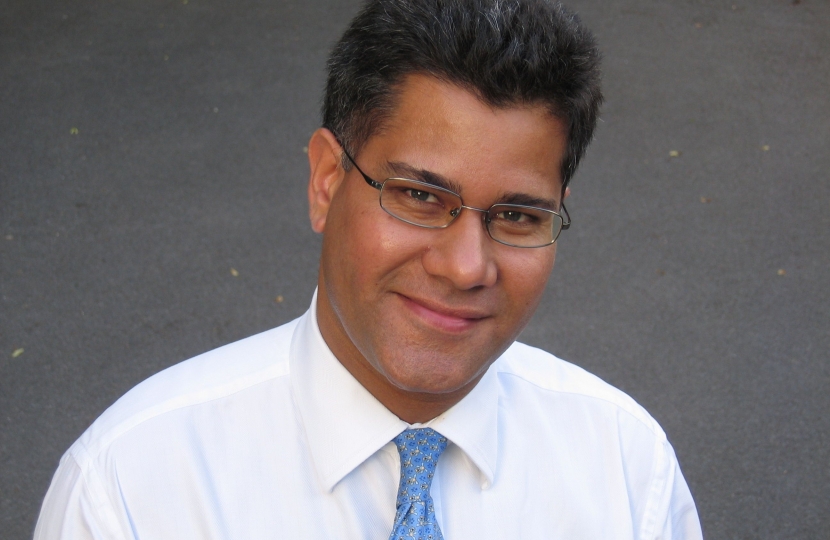 Alok Sharma, the Member of Parliament for Reading West, has welcomed new figures released today which show that unemployment in his constituency has fallen again, for the tenth consecutive month.

Unemployment in Reading West constituency now stands at 1,397, which is down from 2,483 in May 2010 and youth unemployment hit a new record low for the constituency, with 225 people under 25 claiming out of work benefits, down from 640 at the last General Election.

Alok Sharma said: “These new figures are excellent news and show that the economic recovery is really taking hold in Reading. The news is particularly good for local young people with the number of people under 25 out of work in my constituency falling to a new record low and a welcome reduction in the number of people in long-term unemployment.”

Alok continued: “These figures not only illustrate Reading’s status as an economic powerhouse, but with unemployment falling across the country and a record number of people in work, it is clear that the Government’s long-term economic plan is working.”