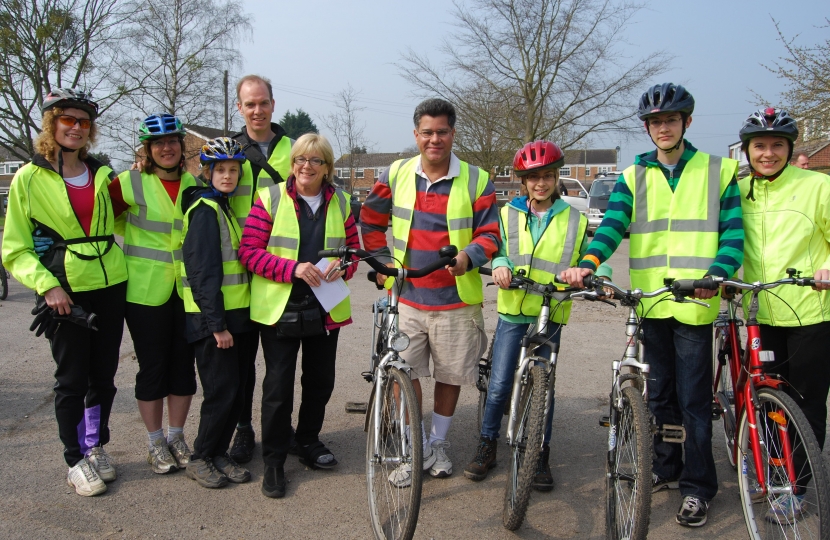 Alok Sharma, the Member of Parliament for Reading West, has committed to taking on Purley’s greatest cycling challenge: “Le Tour de Purley”. Alok is collecting sponsorship money for the event, which is taking place on Sunday 27th April 2014 and is being organised by the Purley Primary School’s Parent-Teacher Association to raise money for the expansion of the school.

West Berkshire Council has already contributed £250,000 towards the expansion and the school is fundraising to raise additional money to help facilitate the building of an extension, which will increase the school’s functional space.

Anyone is welcome to join the cycle ride to help the school to raise money and there are three different routes that riders can choose from, including a 1km route, a 9 mile route and a 25.5 mile route. Alok is taking part in the 25.5 mile ride. Following the ride, there will be a barbecue at the end to reward riders as well as prizes for those who raise the most sponsorship money. More information about entering the Tour de Purley is available online: www.tourdepurley.org.

You can sponsor Alok for the Tour de Purley using his ‘My Donate’ page here:https://mydonate.bt.com/fundraisers/AlokSharmaMP.

Alok Sharma said: “I am delighted to be taking part in the Tour de Purley, to help raise money for the expansion of Purley Primary School. The school has some highly ambitious plans for its future and I applaud the “can do” attitude to fundraising that parents, governors and teachers have adopted and the innovative way it has gone about raising money for the school’s expansion.”

Alok has previously supported the school in its ‘Buy a Brick’ campaign, which allows people to make a donation to the school by purchasing a brick on which they can have their name engraved. Each brick slip will be produced in high quality clay, then individually engraved and hand-painted with black lettering. It will then be prominently displayed on a feature wall in the new building forming a lasting testament to those who have attended the school and those who have contributed to its development.

Anyone interested in making a donation or buying a brick should contact the school office on 0118 984 2384 or email office@purley.w-berks.sch.uk.