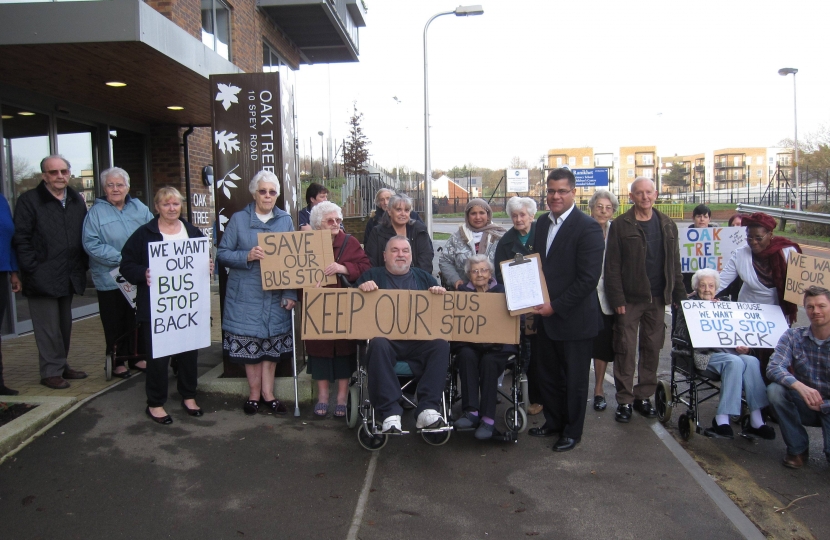 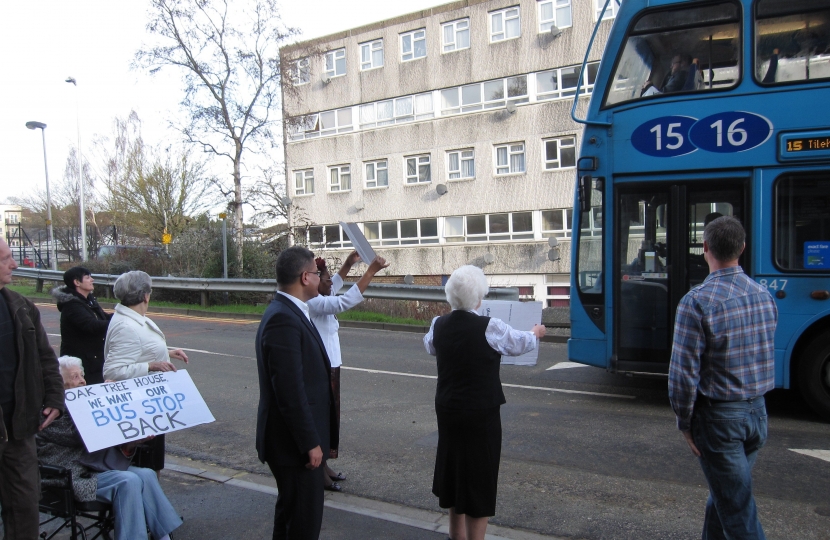 Alok Sharma, the Member of Parliament for Reading West, is calling on Reading Borough Council to take a common sense approach and listen to the residents of Oak Tree House in Dee Park over the site of their local bus stop.

Due to the construction works taking place during the redevelopment of Dee Park, the location of the bus stop on Spey Road has been moved several times and local residents are now in dispute with Reading Borough Council over where the bus stop should be located. Oak Tree House residents are currently organising a petition, which they plan to send to the Council and already has nearly 200 signatures.

Alok Sharma said: “The Council have demonstrated a complete lack of understanding about the difficulties these elderly residents face walking uphill to the current location of the bus stop, particularly in the winter months when there is likely to be ice on the pavements. I fear this is an accident waiting to happen.”

Michael Moran, the manager at Oak Tree House said: “Since Oak Tree House opened nearly 2 years ago I have heard only positive feedback from residents about the bus stop’s location.  Being able to get on a local bus with ease from right outside their front door is convenient for residents and it supports and encourages their independence. Returning this valuable bus stop would be a great New Years gift for many people.”