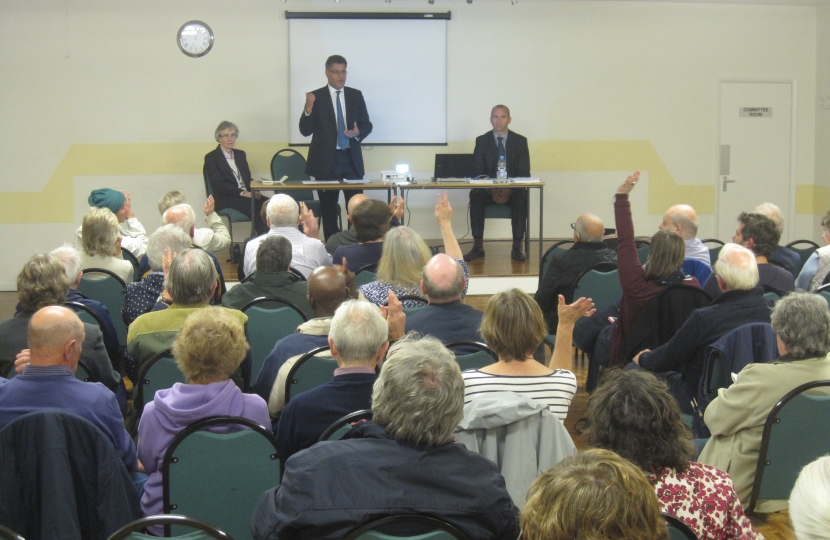 Alok Sharma, the Member of Parliament for Reading West, has welcomed West Berkshire Council’s decision to approve the widening of the A4 in Calcot, with the inclusion of an acoustic barrier to reduce noise pollution for local residents.

The decision to introduce an acoustic barrier as a part of the scheme came following a public meeting organised by Alok in October, at which a number of residents raised concerns about increased noise pollution arising from the widening of the A4.

West Berkshire Council have confirmed that as part of the works, a 2 metre high close boarded fence will be erected which, following the completion of the scheme, will reduce the noise from the A4 to a level well below that currently experienced by residents.

Some residents also raised concerns at the public meeting about increased rat-running on adjacent roads by large vehicles and HGVs during construction. In response to this, West Berkshire Council have confirmed that temporary weight restrictions will be put in place on Charrington Road, Dorking Way and Royal Avenue during the construction period to prevent large vehicles from using these routes to avoid the A4.

Council officers are continuing to meet with those residents most affected by the proposals to discuss their individual concerns. If residents are concerned about their property value they will be able to submit a claim for compensation under the Land Compensation Act.

The funding for the scheme was awarded from a £170 million Local Pinch Point Fund programme announced by the Chancellor of the Exchequer at the 2012 Autumn Statement to remove bottlenecks on the local highway network which are impeding growth. IKEA are also providing funds to complement this scheme as part of their Section 106 obligations for building a new store in Calcot. The £2 million funding the Government is providing means that the £2.9 million project to widen the road to provide an additional westbound traffic lane can now be completed much earlier than previously planned.

Alok Sharma said: “I am pleased that the scheme to widen the A4 in Calcot, which was made possible through Government funding, has now been approved by West Berkshire Council. I am informed that traffic modelling by the Council shows that these changes will alleviate congestion and improve traffic flow for the 29,000 vehicles which use this road every day.”

Alok continued: “A number of local residents did raise legitimate concerns at the public meeting I organised, about how the scheme would impact their individual properties and I am pleased that West Berkshire Council have listened to those concerns and taken action to improve the scheme by introducing an acoustic barrier and implementing weight restrictions on local roads during construction, to prevent rat-running by HGV drivers. I know that some of those most affected by these proposals are continuing to have meetings with Council officers to discuss their concerns.”

Photo: Alok Sharma speaking at the public meeting about the widening of the A4, held in October