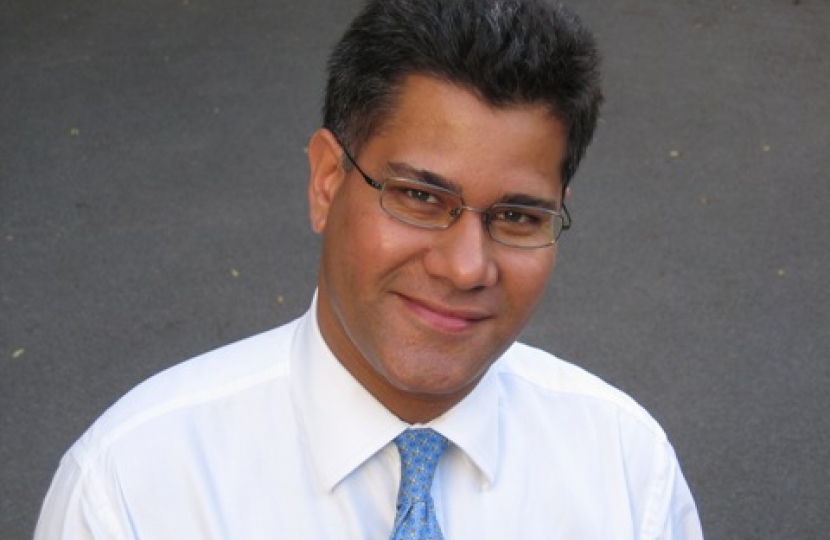 Alok Sharma, the Member of Parliament for Reading West, has welcomed a major new childcare package unveiled by the Prime Minister today which will help 480,000 families in the South East.

The Governments’ new Tax-Free Childcare scheme will provide 20 per cent support on childcare costs up to £10,000 per year for each child via a new simple online system. The limit had previously been set at £6,000. This now means support of up to £2,000 per child per year.

The scheme will open in autumn 2015 and be available to around 1.9 million working families with children under 12 by the end of its first year of operation.

Tax-Free Childcare will be open to more than twice as many families as currently use Employer Supported Childcare (ESC) vouchers and, unlike ESC, will not depend on employers offering it. In addition to giving support to the self-employed, the scheme has been adjusted to ensure those working part-time, earning £50 per week and above, those on maternity, paternity or adoption leave and those starting their own business who may not meet the minimum earning requirement will be included, giving them government help with childcare costs for the first time.

In addition, to help more families move off of benefits and into employment, the Government also announced that it will cover the 85 per cent of childcare costs for around 300,000 families receiving Universal Credit, making sure work always pays.

Alok Sharma said: “I welcome this announcement, which will lower the cost of child care for many hard-working families in my Reading West constituency and provide a helping hand for those who want to get back into work. The Government has already prioritised investing in early education and childcare, by increasing the free entitlement from 12.5 to 15 hours a week of free early education and childcare for all 3 and 4 year olds and will be extending this from September 2014 to the 40% most disadvantaged 2 year olds.”

Prime Minister, David Cameron said: “Tax free childcare is an important part of our long-term economic plan. It will help millions of hard-pressed families with their childcare costs and provide financial security for the future.”