Peter has lived in West Berkshire since 1984.  He has two children and five grandchildren.  Prior to retiring in 2009, his life was committed to education as a teacher (including a ten year spell in Saudi Arabia) and latterly, organising education for young people not in mainstream education.

Peter was first elected to Newbury District Council in 1997 prior to it turning unitary and becoming West Berkshire Council in 1998.

Peter has been West Berkshire Council Chairman on two occasions, 2011-2012 and 2014-2015.  He is currently Vice Chairman of Council and serves on the Eastern Area Planning Committee. 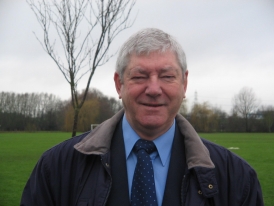